Click Now ^ Make a Donation by PayPal or VISA, Credit Card.
Do This Now to give to Charity! Take the seconds needed to Do This Now.

DEFCON 2 is the Actual Threat Level given intel on Troops, Staging, Readiness.
DEFCON 2 people. Do you understand? USA is starting WAR with Syria/Russia!!!
NUCLEAR WAR! Read this website! The USA reason for Nuclear War is NOT the
cnn propaganda of Russian “hacking”. The reason is entirely POLITICAL GAIN!

This is a ***WARNING*** of imminent WW3 launched by USA to stop 2016 Election!
Hillary Clinton is losing in real Polls, so Plan “B” is to launch WAR on Russia! 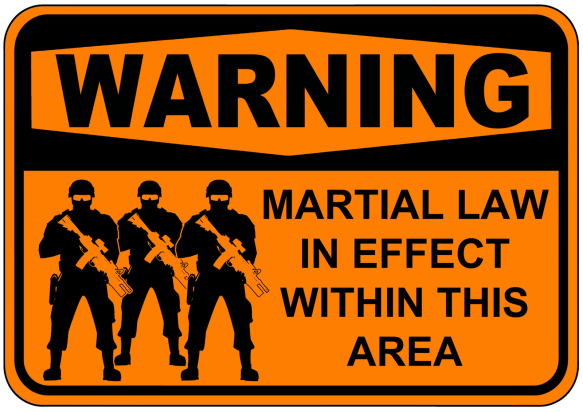 Martial Law Signs are already distributed throughout ALL the United States!
What have YOU done to PREPARE, BE READY, for this clear and present Danger?
SC has reported on all this for years, HERE on this website! READ THIS WEBSITE!
DONATE IMMEDIATELY TO SALVATION CANADA. We need your funds before the banks close! This funds US christians, and Canadian Christians. DONATE NOW!

Click Now ^ Make a Donation by PayPal or VISA, Credit Card.
Do This Now to give to Charity! Take the seconds needed to Do This Now.

The Bible says: Pray for Today, Plan for Tomorrow. Have YOU done either?
Do this Now!
Read this entire website! Become a member of salvationcanada. Email us.

JOIN YOUR CHRISTIAN MILITIA TODAY! Anti-Muslim Obama. Anti-Clinton.
FIGHT FOR YOUR COUNTRY, USA, CANADA, EVERYWHERE! EVERY COUNTRY!
Believe in Jesus, our Lord and Savior, and our God! One Nation under God,
the Christian God! The ONLY GOD!! Only Jesus Died for your Sins! 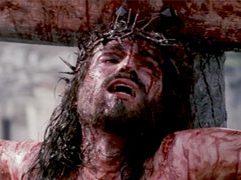 Do NOT WATCH TV! DO NOT LISTEN TO cnn, fox, nbc, abc, cbc, ctv or any CENSORED news agency.
YOU ARE BEING BRAINWASHED! YEARS OF flashing light brainwashing!
Instead, listen to short wave radio, RT, TASS, which reports the REAL NEWS!
This is it FOLKS! It’s the REAL THING! Ladies and Gentlemen, we are at WAR!

“So, David Hocking, married, was caught screwing another man’s wife!
from his own congregation!” (Proof at bottom)
SalvationCanada believes that David Hocking is tired, and will die soon.
God’s Judgement: Hell awaits. Unrepentant of SIN. The Word judges Hocking! 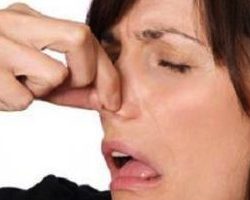 Do Not be Deceived! Stop watching TV Heretics and read your KJ Bible, Pray!
Do Not send Heretics your hard earned money! Donate to Good Ground – SC!!

This NEW page will detail the many Heresies, Sins, Errors of David Hocking!
Be sure to DONATE! SalvationCanada needs YOU to DONATE!! Thank you!
Re-Announced! FUNDING DRIVE for Heretic Page! Make a Donation Now!!

https://blockchain.info/wallet
DONATE BITCOIN TO BLOCKCHAIN address: 1ejFMb8rdd7S6GyQg43LozavC1LuYEGTN
Salvation Canada has been researching Heretics for decades. DECADES!
We NEED a Professional Website to better communicate Heretic Information.
Please Make a DONATION NOW! and Thank You for Make a DONATION NOW!

*Due to very high traffic: YES, David Hocking is a Heretic!! In many ways!
Beware: A Heretic is a dangerous and deluded person who will con you
out of your Life savings! Do Not be deceived….They are NOT of GOD!!
Email us your short Heretic information:
SalvationCanada(at)mail(dot)com

David Hocking for example, has been researched by SalvationCanada for decades!
David Hocking is a Heretic! Researched thoroughly Books/dvd’s/cd’s/videos/live.
Read this page. It takes only minutes. Learn – Grow – Change!!! Be Strengthened!

David Hocking is holding the following Money Grabbing Events in Sept.
Danger! Ask every church member you can and Warn them to NOT ATTEND!
Warning Priests/Pastors/leaders, does no good. YOU have to do this!
Tell People! Admonish People about the HERETIC David Hocking!!!
One on One, Warn Christians Away from this Heretic! Persuade them!
Show them SalvationCanada and the Heretic webpage. Not tell, Show!

With Respect To the KJV Bible and correct basic doctrine, a Heretic
is someone who refuses to study and then repent of basic false doctrine,
false beliefs, or actions that are SIN – King James Version BIBLE! (KJV)
1 Corinthians 6: 9-10, and Galatians 5: 19-21. KJV

An example of this is the “Bereans”. Acts 17 KJV
“10 And the brethren immediately sent away Paul and Silas by night unto Berea: who coming thither went into the synagogue of the Jews. 11 These were more noble than those in Thessalonica, in that they received the word with all readiness of mind, and searched the scriptures daily, whether those things were so.”

THE WORST HERESY is the Christian Killer false doctrine of O.S.A.S.

Do you understand, reader, why the Christian killer doctrine of
OSAS is such a Wicked Evil Heresy?
OSAS – Once Saved Always Saved, also called “Eternal Security”, “Unconditional Love”, “Greasy Grace”, “your sins past, present, and future, are already forgiven”
OSAS believers think they can “Pray the Prayer”, then go SIN any SIN they want,
HURT People, Rape People, Murder People, NEVER HAVING TO CONFESS AND REPENT of SIN, and think they still go to Heaven. UNREAL! OSAS IS HERESY!
OSAS, the Devil’s Doctrine, does not stop there.
OSAS HERETICS prey on new believers in Christ, to KILL them
by manipulation, group pressure, gifts, friendship, relationships, buying coffee/meals, LIES, into converting YOU into their CULT false beliefs.
OSAS HERETICS are a very small cult, having origins in calvinism
and recently in a minority of southern baptists who are brutal
sinners because “once you’re saved, you’re always saved”.
There is ZERO Accountability in osas heretics.
OSAS cultists are kicked out of churches as soon as uncovered.
They lie and lie and lie and make themselves look like a sheep.
But osas heretics are Proverbial “WOLVES IN SHEEP’S CLOTHING”!
People were Tarred and Feathered for less! BEWARE!!! RUN!!!
OSAS Devil Doctrine believers have NO part in Christ!

It is mind boggling the garbage people choose to believe.
The Bible states: “Heresy” is a SIN. Galatians 5:19-21 KJV
OSAS KILLS your Salvation based on the True Doctrine in the King James Bible!
OSAS KILLS your Fear of God, your respect for others, and it kills your guilt.
OSAS KILLS your Testimony, your Relationship with God, and it kills who you are!
You will NOT go to Heaven. You will go to Hell. The KJV Bible says so.
OSAS = Spiritual Death! Do Not Be Deceived! STUDY! Be Berean!

Refusing to accept the restoration plan of the elders at Calvary Church, Hocking’s long-time buddy Chuck Smith took him in. Reportedly, Smith said that this great man of God should not be wasted, and took in David Hocking as a Calvary Chapel of Costa Mesa staff member. Hocking was excommunicated by Calvary Church of Santa Ana after he refused to submit to the elders of the church in their restoration process.

In the beginning CCCM did not call Hocking a “Pastor”. However, Hocking was preaching at the church and teaching at the CCBC within a very few weeks. Presently, when Hocking’s radio program on KWVE is announced, Hocking is called a pastor. We went to a service at CCCM about the end of 1995 where Hocking announced that he would no longer be on staff at CCCM, but would still be teaching there during the weeknights.

Hocking, soon after coming to Calvary Chapel, started teaching at CCCM on Wednesday nights and other times as well (the CCCM school of ministry) as well as at the Calvary Chapel Bible College in Twin Peaks (near Lake Arrowhead, CA). It is obvious to everyone from the close timing of the events that at CCCM there was no restoration process.

This turned into a simple sheep stealing exercise as Calvary Church emptied out and CCCM further filled up due entirely to the presence of David Hocking. Calvary Church went into a financial down spin and having Hocking preaching less than 10 miles away on Wednesday nights made the situation much worse.

Hocking is no longer teaching at Calvary Chapel of Costa Mesa (7-98).

This was a major point of contention between Calvary Chapel of Costa Mesa and other local churches in the community (particularly CCSA). This caused a major scandal here in Southern California where the results are still being felt.

Hmmm….
So, David Hocking, married, was caught socking another man’s wife, from his own congregation. David Hocking then refused discipline and “stole” most of the congregation to another church. Interesting!?!

“IF you confess! IF you repent! IF you turn from your wicked ways!”
OLD TESTAMENT AND NEW! “IF” Hundreds of times: “IF”!
Conditional! NOT unconditional! Quit quoting Heretics, and quote the
King James Bible!

If you, yes you, if you, reader have information to share on Hocking, please send it to us, SalvationCanada. Thank you.
There is more than enough evidence to brand David Hocking a Heretic!

Special Thanks to all those who have given input and testimony.
Your input is appreciated! YOU ARE APPRECIATED and LOVED!